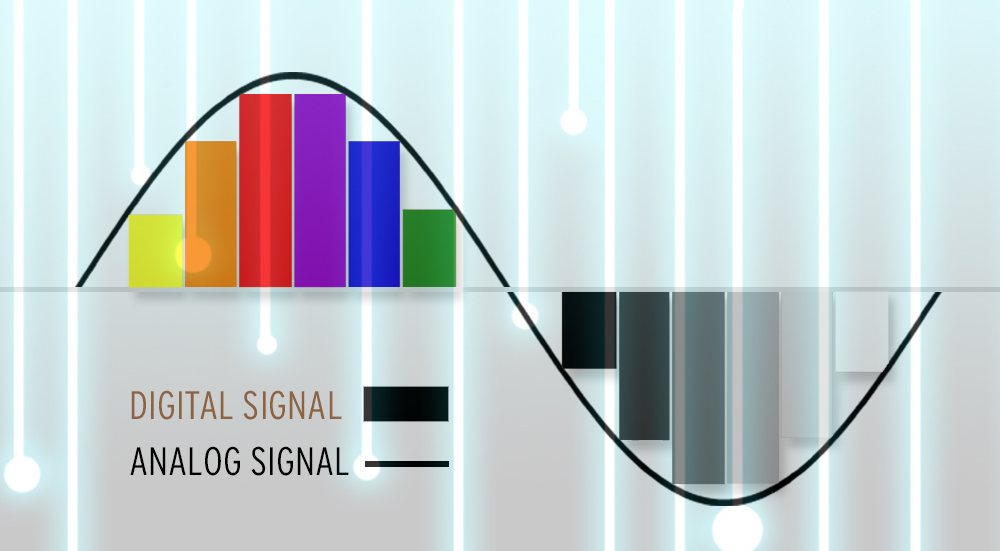 This feature is intended to offer clear insight into a particular aspect of my own process.  It is not intended as an argument for the superiority of any one artistic device.

The “color string”, a premixed gradation or evolution along a particular axis of hue, value or chroma, has become a fairly common palette configuration device for many of today’s painters.  One of the most well-known proponents of color strings was American Illustrator and celebrated educator, Frank Reilly (1906–1967).  Mr. Reilly taught drawing and painting at the Grand Central School of Art, and illustration at the Pratt Institute and Moore College of Art. However, he is best known for his twenty-eight years of instructing at the Art Students League of New York and establishing the Frank J. Reilly School of Art in the early sixties, where he taught until his death in 1967.

Among his many contributions to art education, Reilly is noted for developing a means of organizing the painter’s palette, based partially on the work of 19th-century colorist Albert H. Munsell. Following Munsell’s view of separating color into hue, value and chroma, Reilly organized the figure-painting palette in this manner, creating nine values of neutral grey as a control.

Portrait artists Marvin Mattelson’s version of the Reilly palette. You can find an extremely informative article on his process with this palette configuration in the April 2012 issue of Artist’s Magazine.

Reilly’s palette “consisted of nine equidistant values of neutral gray mixed at the top of a glass palette. Below that row were 9 equidistant values of YR in the same order (cadmium orange out of the tube, being V7), reduced in value by adding burnt umber, white being added to create values 8 and 9. Below the YR came red in the same order (cadmium red light out of the tube, being V5). The final row showed the actual flesh tones used for painting. Again, they consisted of 9 equidistant values of the same hue. In this case, each hue was created by adding the same value red-orange-gray in various proportions depending on things such as complexion, light source, and time or type of day. If the subject was ruddy complected, more red could be added to the base mixture of the red-orange-gray. This base flesh tone is reduced in chroma and has the appearance of make-up or rouge. It is used in blocking in the mass shapes for a portrait or figure painting. Where purer color is required, as in a rosy cheek for a portrait or in the middle tones where it is more appropriate (high light and shade reduce color chromatically), one only needed to identify the correct value to be painted, then locate the desired hue and chroma on the palette. This was employing the Munsell system to its fullest potential. It gave artists more flexibility and control of their palettes and ultimately the quality of their work.” – Kent Steine, http://www.americanartarchives.com/

While there are certainly significant advantages to be found with the use of color strings, I am not sure that claims of an overall increase in “flexibility” and [work] “quality” are entirely accurate.  We should also make clear that, for many artists, palette configuration is as much of a defining factor for a creative work as is palette content. Equally brilliant masterpieces have emerged from vastly different palette configurations. And while few artists would seriously argue that there a universal, “ideal” configuration—many would agree that the best choice is that which serves their own creative needs most effectively and efficiently.

My own process does not include the use of color strings. To understand the “why” behind my decision not to employ these seemingly advantageous strings will require you to understand the difference between a digital and an analog dynamic.

So what do color strings have to do with concepts of analog and digital dynamics?

Let’s look again at Mr. Steine’s statement above (one that I don’t think proponents of color string use would argue): “one only needed to identify the correct value to be painted, then locate the desired hue and chroma on the palette. This was employing the Munsell system to its fullest potential.“  I would consider this to be a true statement. However, you should understand that this statement is describing a process that is quite “digital”.  A discrete unit is identified (a hue, value and chroma), premixed, and–to be truly effective—applied in a fixed, linear manner.

In contrast, it can be argued that a palette configuration consisting of only foundation paints (relatively pure pigment potentials) would be more conducive to an analog process. Generally speaking, (putting some mixing dynamics aside), a brush containing a single foundation paint has the potential to yield the greatest continuum of perceived value and chroma.

In other words, in regards to value alone, a heavy pressure mark made with an appropriately loaded brush (loaded with a paint that is darker than my ground) would yield a relatively darker mark as opposed to one that is made with lighter pressure. This dynamic can be understood more simply as “analog” in the sense that each mark is not necessarily a discrete HVC unit identical to the palette source, but rather one potential unit from a continuum governed by the parameters of the original pigment and application. 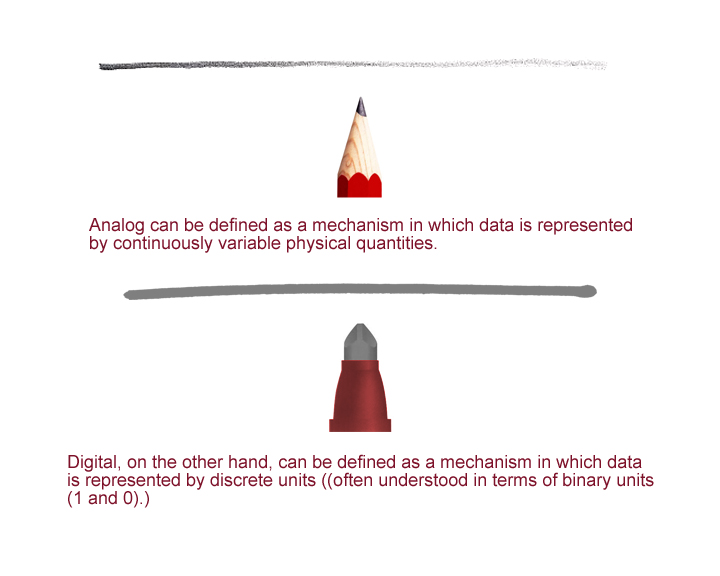 “Yes, but I can control the application of paint from my color strings in an analog fashion as well!!!!”

Indeed you can! In fact, I would argue that many painters already do this quite successfully. However, the analog dynamic does diminish the effectiveness of the color string’s potential as described above. Again, “…one only needed to identify the correct value to be painted, then locate the desired hue and chroma on the palette. This was employing the Munsell system to its fullest potential.”  The variation in value (and chroma in many cases) inherent to the employ of an analog dynamic does seem that it would detract from this purpose.

“So why use a more analog dynamic when painting?”

Because I learned to draw with an analog dynamic–not a digital one.

As many of my readers already know, the majority of my educational programs are focused on the development of automaticity and procedural fluency. Automaticity is the ability to perform tasks without occupying the mind with the low-level operations required–allowing it to become an automatic response pattern or habit. It is usually the result of learning, repetition, and practice. Procedural fluency is the ability to apply procedures accurately, efficiently, and flexibly; to transfer procedures to different problems and contexts; to build or modify procedures from other procedures; and to recognize when one strategy or procedure is more appropriate to apply than another. “A universal feature of human behavior is that well practiced tasks can be performed with relatively little effort or cognitive control, whereas novice performance of the same task may require intense and effortful cognitive control (James, 1890). The ability to perform skilled tasks without the need for executive control is referred to as “automaticity,” and it has been extensively investigated by cognitive scientists over the past 40 years. A defining characteristic of automaticity is the ability to perform the automatized task with little or no interference by a demanding secondary task (Posner and Snyder, 1975; Logan, 1979). -Poldrack, Russell A., et al. “The neural correlates of motor skill automaticity.” The Journal of Neuroscience 25.22 (2005): 5356-5364.”

I have spent many years training with the analog dynamic inherent to most dry media use before I ever picked up a paintbrush.  Graphite and charcoal, the most common dry media tools found in drawing programs, are indeed applied more often with an analog dynamic than with a digital one.  The marks that come from the “leads” of most dry-media drawing tools are not identical discrete units that reflect the source material’s value in a linear fashion, but rather represent a region of a continuum governed by the parameters of the original pigment/material and the manner of application.

When I transitioned to wet-media (oil) from dry-media (graphite and charcoal), I wanted to make sure that I was able to transfer as much of the dry-media automaticity and procedural fluency as possible. As such, I drifted away from devices like premixed color strings and gravitated toward a limited range of foundation paints that would allow for a reasonably large gamut and an analog dynamic. Now this does not mean that I do not employ any mixing on the palette.  Indeed I mix quite a bit prior to application.  However the mixtures do not reflect a discrete HVC unit but rather the governing parameters of a continuum that I need to target for a particular purpose.

I hope this information gives you some food for thought!

For further information regarding color strings and the Reilly palette: