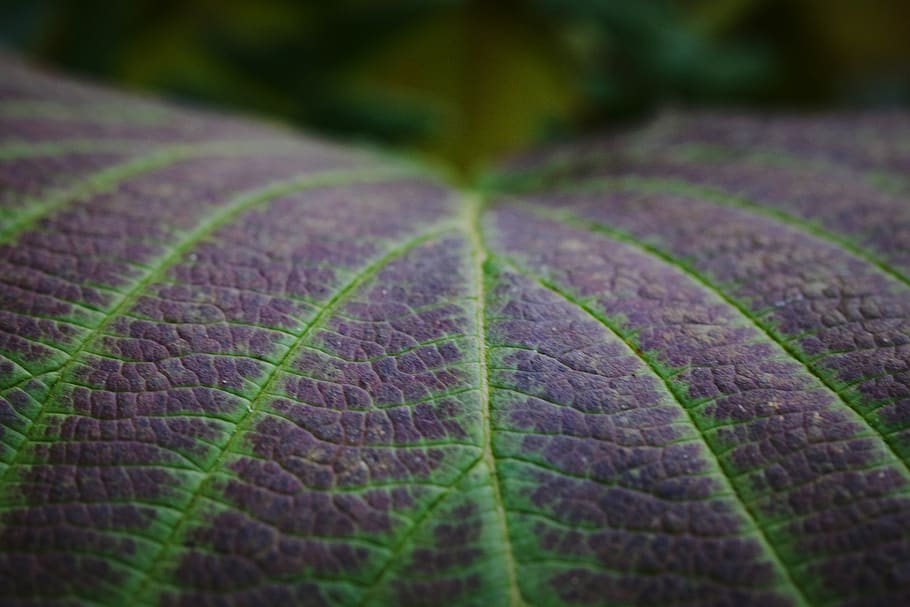 A recent study from Jiao Tong University in China has been making some waves (pun intended) with a careful investigation into an often-encountered, but relatively under-examined bit of ornamentation—decorative wallpaper (Fu, Zhang, & Lin 2019.) Using a test that is designed to assess the strength of cognitive associations by examining latencies in classification tasks (Implicit Association Test), eighty willing participants demonstrated a strong preference for, in terms of semantic decodability (assigning meaning according to convention), regular (repeating motifs) and realistic patterns over random and abstract ones. And while I would not stretch such a narrow study to make general, unwarranted assumptions about the grand landscape of the “art experience”–such an exploration may help us to better understand why regular, naturally occurring patterns continue to find their way onto our canvases.

It should be noted here that while pattern can be described as discernable regularity, natural patterns are often set apart as those discernable regularities that occur in nature independent of human artifice. These patterns can be usefully contrasted, in certain contexts, against what some may describe as “man-made” patterns (such as those regularities found with abstraction, mathematics, cognition, design and language.)  However, in many cases the clear divisions between these categories can be blurred or even completely lost. One such case is the arts.

Symmetries, spirals, tessellations, fractals, waves, foams, meanders, stripes, and other natural patterns have been finding their way into artistic endeavors since our ancestors first started shaping stones and marking cave walls. This should come as no surprise as what we describe as visual art is a product of unrelenting pattern-seekers that have evolved to seek out such visible regularities within the environment to inform the countless prediction tasks that facilitate our survival and reproduction. In fact, our reliance on visible patterns is so significant that the perception of such regularities tends to elicit what we might describe as an aesthetic response.

Today, many brilliant minds continue to investigate why specific patterns trigger the emotionally-charged adaptive responses that they do. (Ulrich 1983.), (Spehar, Branka, et al., 2003). And while there do appear to be many compelling ideas about why this or that pattern in nature may elicit a positive aesthetic response, I would argue that in most cases, processing fluency is doing a good deal of the heavy lifting. According to the processing fluency theory, the more fluently a perceiver can process an object, the more positive is his or her aesthetic response. This concept is presented in the aforementioned study on decorative patterns, “Fluent processing produces a positive affective response, which is often attributed to subjective preference (Reber, Schwarz, et al., 2004). In this theory account, processing fluency is considered to be comprised of perceptual fluency and conceptual fluency, with the former influenced by low-level processes related to the forms of stimuli, and the latter influenced by high-level variables such as semantic guidance or semantic predictability (Reber, Wurtz, & Zimmermann, 2004).”

For example, it is well established that within many contexts, humans exhibit a strong preference for symmetrical over asymmetrical or random shape (Jacobsen & H€ofel, 2002; Reber, Schwarz, & Winkielman, 2004). Many argue that this preference is due to our associations of symmetry with good health/genetics. (Grammer & Thornhill, 1994; Jones et al., 2001; Møller & Thornhill, 1998.) However, others point more recent studies of the associations between health and symmetry to argue otherwise (Pound, Nicholas, et al., 2014.) In either case, the discernable regularity–pervasive in all living things–is usually processed (cognitively and perceptually) with great ease—often regardless of position and orientation (Enquist, Magnus, and Arak,1994).

Fractals, another form of self-similarity, are also prevalent throughout nature.  They can be found in the forms of trees, clouds, and coastlines. Through exposure to nature’s fractal scenery, our visual systems have adapted to process fractals efficiently—so much so that the specific processing fluency of this pattern has been dubbed fractal fluency. (Taylor, R. P., & Spehar, 2016).

I would argue that it is our evolved fluency with natural patterns that allows for the aesthetic influence (at least in part) to survive translation through “man-made” pattern processes like mathematical models or representational efforts carried out by the hands of skilled creatives. In fact, existing research has shown that such translations are indeed capable of eliciting comparable positive aesthetic responses to those found “naturally.” (Spehar, Branka, et al., 2003.) A simple visit to just about any museum today can be a journey through the history of the artistic application of such visual regularities. From Georgia O’Keeffe’s bold and colorful expressions of symmetrical subjects to Bierstadt’s lavish landscapes riddled with virtuoso fractal-esque foliage, adept creatives have long used natural patterns to their aesthetic advantage.

And while we do indeed find many “successes” with natural pattern translation throughout the broad landscape of the visual arts, there also exist a good number of applications that I would unapologetically describe as ineffective (if not downright nonsensical.) These applications do not communicate nor translate the perceptible, discernable regularity of a natural pattern that is subject to fluent processing, but rather, attempt to translate some “extracted” component of the pattern’s structure or extract some component of a translation. These convoluted transformations CANNOT be demonstrated to yield comparable aesthetic influence. Such transformations are often used in the realm of pictorial composition, serving as compositional armatures or design mechanisms.

Two specific cases that continue to find support among contemporary creatives are the Golden Ratio/Spiral and Dynamic Symmetry. In both cases, proponents claim that elements can be extracted from a mathematical translation of a natural pattern while retaining the aesthetic impact of the original pattern. Additionally, proponents argue that the new extraction is capable of infusing an entirely new context with some aesthetic potential from the source. Unfortunately, a fact that seems to elude those that subscribe to such strategies is that the aesthetic response found with the perception of the original pattern is not a property that is equally distributed throughout all conceivable aspects of the pattern—let alone isolatable within extracts of translations.

Furthermore, such translation-component extraction-reassignment strategies seem to overlook the vital role of fluency in the aesthetic responses found with natural patterns.  The further you move (perceptually) from the stimulus that we have evolved aesthetic responses to—the more diminished those responses should become. If such a strategy were sound, one could reassign any potential aesthetic impact via an extraction taken from a translation of a stimulus. For example, I could write a song about “12, 22 and 11” aiming to provide an aesthetic response comparable to one experienced by consuming sugar. (The white stuff we know as sugar is sucrose, a molecule composed of 12 atoms of carbon, 22 atoms of hydrogen, and 11 atoms of oxygen (C12H22O11).

Canadian-born American artist and author Jay Hambidge put forward his idea of Dynamic Symmetry in the 1920s in which he claimed that patterns found among growing plants and human figures formed “the basic principles underlying the greatest art so far produced in the world.” However, rather than utilize the perceivable patterns that have been shown to elicit actual aesthetic responses, Mr. Hambidge took the measurements from, and proportions of, such patterns and built them into a series of design elements and compositional armatures. Unfortunately, his efforts were little more than an exercise in fallacy-of-division driven by a fundamental misunderstanding of the nature of aesthetic responses. Fortunately, others were able to spot the fatal errors in his reasoning fairly quickly after he published. Author William Blake stated in his 1921 Criticism of Dynamic Symmetry, “The claim that Dynamic Symmetry in any way expresses the essentials of plant and animal forms is without rational foundation…The attempt to base differences of artistic quality on the distinction between rational and irrational quantities, whether of length or area, is bound to fail — the eye is powerless to make the distinction.” In other words, Mr. Hambidge’s unsubstantiated claims aside, we cannot experience an aesthetic response to something that we cannot perceive.

It is at this point in most of my lectures or discussions on this topic (mentioning that we cannot find aesthetic responses to the imperceptible) that someone inevitably brings up some idea of “subliminal detection/perception/stimulation.” They float the idea that perhaps some subliminal influence is arising from the seemingly undetectable aspects extracted from the natural patterns that serve as their basis. Some go even further and attempt to substantiate this idea by putting forward the all-too-famous “Vicary Experiment” in which market consultant James Vicary claimed that he was able to increase sales of Coca-Cola and popcorn by exposing audiences to marketing messages for .003 seconds (well below the perceptual threshold.) Unfortunately for proponents of subliminal messaging that continue to tout this tale, the fact of the matter is that it never happened. After failed attempts to recreate the results of his “study” when pressed, Mr. Vicary confessed that he had falsified the results from his original study. Worse yet, in a 1962 interview with Advertising Age, Vicary revealed that the entire “study” was a hoax. Now, this is not to say that subliminal detection/perception/simulation in the context of this article is complete nonsense. There is much ongoing research into this arena being done with great care. However, at present, the effects demonstrated seem to be extremely transient and bear little-to-no resemblance to the general concept promoted in popular culture.

All in all, I expect the walls of our museums, galleries, homes, and workplaces to continue to host countless perceptible references to and representations of natural patterns. Whether they are eliciting positive responses due to processing fluency, mate selection, habitat selection, or anything else that might appeal to the great grey and white prediction machine–such patterns remain a well-established fundamental component of the visual arts. So the next time you find yourself gazing into a canvas that gives you great pleasure, look to see if you can spot a natural pattern that may be contributing to the experience.

I would like to offer a special thank you to colleagues Maneesh Yadav and Michael Carson for all their help and advice on this article. I am very grateful for their time, expertise and generosity.