For many visual artists, the ellipse remains one of the most challenging shapes to draw or paint successfully.  This deceptively simple, symmetrical oval has infuriated countless artists and continues to taunt us all with its smug elusiveness.  Ok, that might be a bit much—but if you have tried to draw one of these closed symmetric curves, then you understand the frustration that would lead one to arrive at such a “passionate” description.

Ellipses are common to a number of domains including, but not limited to, physics, mathematics, astronomy, engineering, and of course–the visual arts.  The concept of the ellipse has been around for quite some time.  While many researching the topic may be quick to find emphasis on Johannes Kepler’s 17th century work on planetary motion, it was actually the Greek mathematician (and tutor to Alexander the Great) Menaechmus (c. 380–320 BC), who is credited with the first recorded studies of the ellipse, the parabola and the hyperbola as sections of a cone.

In our Language of Drawing (LoD) and Language of Painting (LoP) programs, we introduce the concept of the ellipse while studying the cylinder rather than the cone as one might expect, for a number of reasons that I will not burden readers with here.  However, an ellipse is technically a type of conic section. If a conical surface is cut with a plane that does not intersect with the base of the cone, the intersection of the cone and the plane is an ellipse. In fact, the Greek geometer and astronomer Apollonius of Perga (c. 262–190 BC), coined the term ellipse (ἔλλειψις, meaning “absence” or “omission”) within his noted writings on conic sections.

So what in fact is an ellipse? In the realm of mathematics, an ellipse is a closed, symmetric curve which can be formed by intersecting a cone with a plane that is not parallel* or perpendicular to the cone’s base. The sum of the distances of any point on an ellipse from two fixed points (called the foci) remains constant no matter where the point is on the curve. *A circle can be considered a special case of an ellipse, in which the two foci coincide. (Although, in some contexts, this latter statement is debated in regards to the ontology of an ellipse.)

In the context of visual art, an ellipse is often defined simply as a “circle in perspective” or a “foreshortened circle” as barring the influence of optical distortion, it is the commonly encountered shape that falls upon the retina when a circle is observed at an oblique angle relative to the viewer.

The “anatomy” of an ellipse might seem somewhat complicated if you haven’t studied it previously so I ask you to please bear with me for this brief technical walk-through: 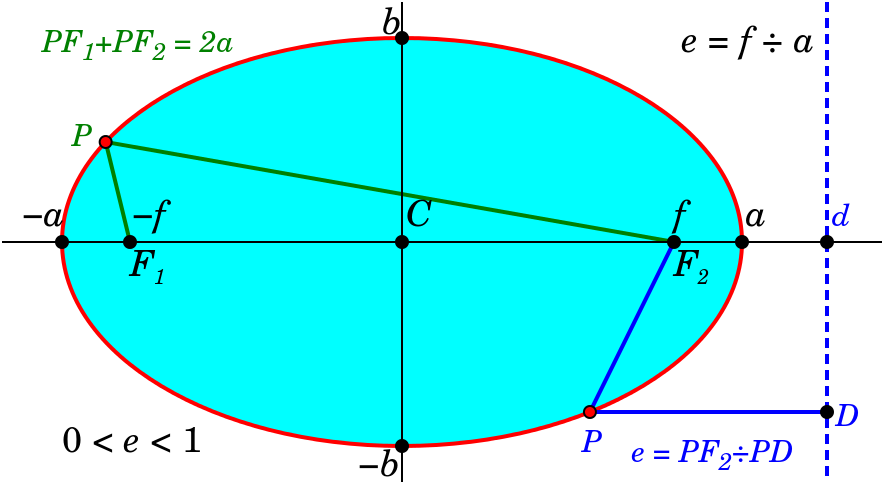 The four points where these axes cross the ellipse are the vertices and are marked as a, −a, b, and −b. In addition to being at the largest and smallest distance from the center, these points are where the curvature of the ellipse is maximum and minimum. (I often refer to these regions of curvature the major and minor curvature.)

Now while this may again seem complicated, you do not need to effectively grasp all of this to draw a successful ellipse. For example, within our Language of Drawing and Language of Painting programs, we only concern ourselves with the major and minor axes of the ellipse and the resulting symmetrical curvature that “fits” these axes within a given context.  We do not place emphasis on linear eccentricity or focus on the foci (sorry, couldn’t resist that.)

It is important to note that even if we reduce our factors, the elliptical projections of a foreshortened circle continues to present a significant observational drawing challenge. Major and minor axes may not project as major and minor axes, centers do not necessarily project to centers, concentric circles do not project as concentric ellipses, etc.  And what further complicates these issues, and the focus of this paper, is the manner by which we perceive geometry.  However, while we cannot wholly eliminate these challenges, we can better contend with the latter by exploring the disparities between the physical world and our (visual) psychophysical responses to it.

One of the attributes inherent to our perception of geometrical figures is our tendency to overestimate acute angles and underestimate obtuse ones. I believe that this is one of the most significant contributors to our problems in capturing the observed curvature that both encapsulates and defines the ellipse.  Studies of this angle “misperception” phenomenon have been carried out by “perception pioneers” like Wundt, Hering, and Helmholtz, and continue on today with researchers like Nundy, Lotto, Coppola, Shimpi, Purves, and others. To this day, the results continue to remain consistent with the assertion that was first made by Wundt in 1897–that acute angles, whether explicit or implied, are overestimated and obtuse angles, underestimated.

While the elliptical distortions that can result from this perceptual phenomenon can vary significantly, I believe that awareness of it may diminish some of its impact.  So let’s look at just a few of the ways that this phenomenon can lead to some common ellipse drawing problems: 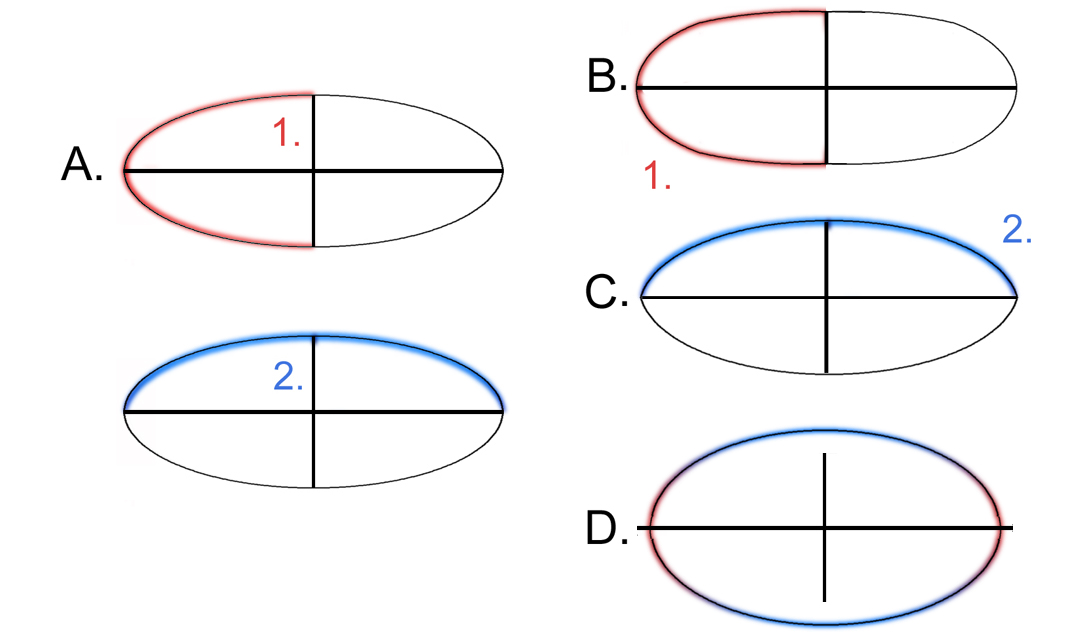 Regardless of how you approach this challenging shape within your work, try and keep this phenomenon in mind. Again, developing a better understanding of how the physical and psychophysical differ will help you bridge the gap between the percept and the paper (…or canvas).

Additional: I would like to extend a special thank you to friend and colleague Juan Martinez for his assistance in improving this paper.